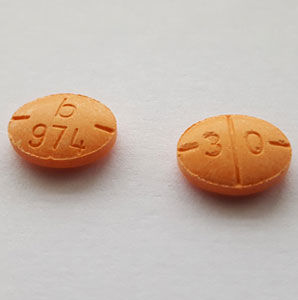 Concerta and Adderall are drugs that are often used in the treatment of ADHD and narcolepsy.  They act on the areas of the brain concerned with focus and concentration but they are both potentially highly addictive. This is because they act on the central nervous system and can produce a feeling of euphoria and relaxation.

It is important to look at both medications and to understand their differences to make the right choice. This article aims to give you the key information so you can differentiate between the two medications and have an understanding of the risks associated with them.

Concerta is used to treat narcolepsy and ADHD and is a stimulant drug that works on the central nervous system.  Concerta is a brand name for methylphenidate. Concerta is used to help with focus, it calms the user and helps them control their behavior. It is taken orally and is available as an extended-release pill.

Adderall contains a mixture of amphetamine salts and is also a stimulant:

The generic names of the substances contained withing Adderall are:

These Amphetamine salts suppress the CNS and work to increase the amount of both dopamine and norepinephrine in the brain to create a relaxed feeling.  It is also used to treat ADHD and narcolepsy.

Both Adderall and Concerta are Schedule II controlled substances, as specified by the DEA, meaning that they are both potentially highly addictive.

The Side Effects of Concerta vs Adderall addiction

Side effects are often milder with Concerta because its active ingredient is methylphenidate while Adderall contains amphetamines.  Concerta’s side effects tend to be greater on mental rather than motor activities.

Both Concerta and Adderall suppress appetite which has left them open to abuse by those looking to lose weight.  Regardless of the reason, any abuse of these drugs can lead to addiction and impact health.

There are some reasons why people should not take either Concerta or Adderall. This includes those suffering from any of the following health problems:

In particular, those with tics or Tourettes, including those with a family history of Tourettes should avoid Concerta because of its known effect on mental rather than motor skills.

With Adderall the effects on the cardiovascular system mean that those with the following conditions should avoid taking it:

Concerta and Adderall have been incredibly effective in the treatment of ADHD and are valuable medications.  However, they are also vulnerable to abuse because of the euphoric high they can produce.  Particularly at larger doses, the levels of dopamine in the brain are raised to the point where the user experiences more self-confidence, pleasure and energy.  This is more commonly found with high doses of Adderall, with larger doses of Concerta producing the opposite effect.

The Effects of Long-Term Abuse

The long-term abuse of Concerta and Adderall exposes the user to several serious side effects.  These include:

These drugs are highly addictive and if any of the above symptoms are noted it is time to start looking at options to stop taking them.

Adderall vs Concerta addiction and Abuse by College Students

Adderall and Concerta are often known as ‘study drugs’ and are therefore commonly abused by students who are wanting to improve their focus and increase their performance and grades.  The use of these drugs on college campuses is so common that it is often perceived as normal.

If students have not been prescribed the drugs by a physician they run a higher risk of becoming addicted.  Those who do abuse these drugs will benefit from a treatment plan that helps them learn to deal with the stress of college life without drug use.  These programs deal with mental health issues alongside the issue of drug addiction when necessary.

The Key Differences between Concerta and Adderall

The main difference is in how people respond to the drugs or if they have any of the pre-existing conditions that may prevent them from taking one drug over another.

For those wanting to remove the motor symptoms of ADHD, Adderall is usually the drug of choice.  Concerta, on the other hand, is more useful to those looking for longer-acting relief.  Both of these drugs contain addictive substances and this should always be considered whether using them recreationally or when they have been prescribed.

At the Last House, we offer individuals the chance to reclaim their lives free of drugs by providing rehab programs specifically designed for younger adults. These take place in a safe environment and we include transferable college courses so students do not have to fall behind on their studies to get well.

If you want to know more about the services we offer or you are concerned that someone may be abusing these drugs, please contact The Last House by completing our contact form or call one of our admissions counselors.