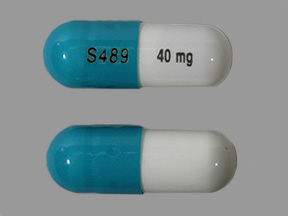 Vyvanse which is prescribed as a treatment for attention-deficit hyperactivity disorder (ADHD) is an amphetamine-based drug. In 1997, it was brought to the U.S. as a treatment for ADHD with its generic name Lisdexamfetamine. The drug was produced as a less potent but more effective alternative to Ritalin and Adderall which are other amphetamine-based ADHD drugs. It is unfortunate that a lot of persons tend to struggle with Vyvanse addiction.

Time-released properties are present in Vyvanse formulation making its initial effects in its users lengthier and less instantaneous. Throughout the day, little amounts of its active ingredients are gradually released over time. It was more marketable and seen as a more efficient way of treating ADHD because of this feature since patients were able to take one dose daily than taking medications such as Ritalin and Adderall several times a day.

Several persons with a Vyvanse addiction tamper with the time-released formation by clearing out the Vyvanse capsules and inhaling the drug.

How Does It Work in the Brain?

There is an increased flow of the neurotransmitters dopamine, norepinephrine and epinephrine to the brain caused by Vyvanse. Feelings of focus, energy, euphoria and alertness are increased because of the rush of these chemicals into the brain. These effects are sought out by persons addicted to Vyvanse and they look for ways to abuse it.

Patients who are addicted to Vyvanse will experience several difficult psychological side effects if they try quitting abruptly as is the case with other amphetamines. Vyvanse has a psychological addiction and when an addict does not use it, it could result in erratic changes in behavior and mood. Vyvanse withdrawal symptoms include:

Medical Side Effects of Long-Term Use of Vyvanse

The usage of Vyvanse for long periods by people could make them subject to various health issues. Various psychological issues may also arise as a result of long-term abuse. Long-term Vyvanse abuse has side effects such as:

Friends and loved ones struggling with ADHD can be affected by Vyvanse addiction. The patient’s mental health ought to be treated as well in order to treat the addiction. In order to achieve this, dual diagnosis treatment and comprehensive mental health treatment is offered by The Last House to help persons suffering from substance abuse.